He was the host of many events such as SIBUR's New Year events, Sberbank's parties during the Sochi Olympics, celebrations on the occasion of the opening of the Gorka Gorod Olympic Games in Sochi, the opening of RIO shopping malls, the City Day on the Theatre Square in Moscow, the opening of the Central Children's Store on Lubyanka, and so on. 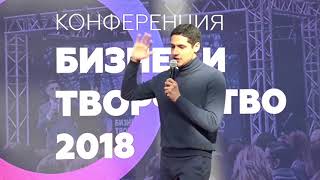 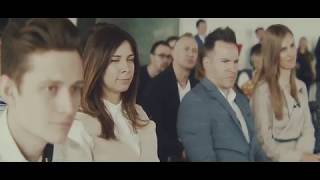 How about to start this winter morning with invigorating latin and world beats together with Nika Uvarova, a listened Zumba instructor? Groovy...

The brain is like a muscle and it has to be trained to stay in shape. Complex tasks, new neural connections and simple, yet effective exercises...

Join and learn the best secrets of self-presentation and successful communication from Tatiana Dzhumma, leading coach on creating personal brand...

We understand that you can hardly take a break from EdCrunch Glocal, that is why we have thought of present for your body, primarily for your neck...

This time at our studio meet an expert, who will share some secrets of an effective presentation. Alexander Sychev, CEO of Presium Education, will...

We are welcoming this new day together with Anton Perekin, several time winner of Russian and international fitness conventions, a coach, dancer...

You can fight fear, stress and negative emotions with the help of proper breathing techniques. Luba Bogdanova, a conscious breathing expert, will...

Learn how to stop forgetting things: from terms to where are the car keys. How to expand the volume of memorised information? Find our together...

There is a real orchestra with a variety of instruments in each of us. We all have our personal volume, sound colour, tempo-rythm, melody,...

We know for sure that music can make miracles and create not only positives vibes but new neural connections. A cover band Lush Life will perform...

Someone can say: ‘I am not creative.’ To those we answer: ‘Anyone can develop creative thinking.’ Ilya Kucherenko from School of innovations and...

We will summarise Day 2 and mark the most active participants along with most memorable events. Learn more about the closing performance of the...