Founder of the Palo Alto High School Media Arts Program. Author of the bestseller "How to Raise Successful People", USA

Esther Wojcicki is a leading American educator, journalist and mother. Leader in Blending Learning and the integration of technology into education, she is the founder of the Media Arts program at Palo Alto High School, where she built a journalism program from a small group of 20 students in 1984 to one of the largest in the nation including 600 students, five additional journalism teachers, and nine award-winning journalism publications. Wojcicki serves as Vice Chair of Creative Commons and has previously worked as a professional journalist for multiple publications and blogs regularly for The Huffington Post.

Esther has been intimately involved with Google and GoogleEdu since its inception, where she was one of the leaders in setting up the Google Teacher Academy and remains a guiding force. With two Honorary Doctorate Degrees – Palo Alto University (2013) and Rhode Island School of Design (2016). She was California Teacher of the Year in 2002 by the California Commission on Teacher Credentialing; a recipient of the Gold Key by Columbia Scholastic Press Association in recognition of her outstanding devotion to the cause of the school press; a board member of Alliance for Excellent Education in Washington, DC, and on the Board of Newseum in DC; and a has been consultant for the U.S Department of Education, Hewlett Foundation, Carnegie Foundation for Advancement of Teaching, Google, Silicon Valley Education Foundation and Time Magazine Education. 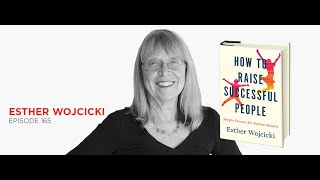 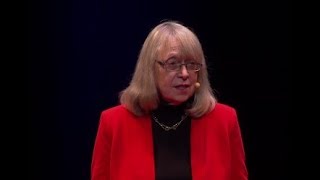 The student as CEO of their life and learning
Ссылки
Выступления спикера
Online
Panel discussion
Channel 2
Kids UpSkill: The Route Has Been Changed, Please Turn Into Tomorrow!

Every year the bar for students of primary schools is being raised. 20 years ago after finishing the 1st form a student just wrote a dictation test...

Education and upbringing of the oncoming generation is the foundation of our future. We all thrive to make our children happy and successful, yet...

What happens when students are granted a right to manage the class? Join the discussion with Esther Wojcicki, a famous teacher, writer and...